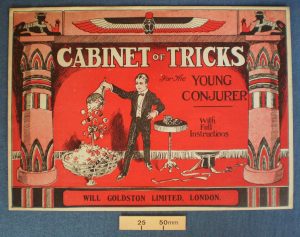 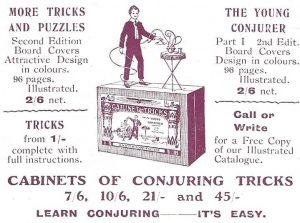 Goldston advertised magic sets with this label during the 1920s. They were sold at different values depending on the contents. The illustrated advertisement is from the programme for a charity matinee at the Finsbury Park Empire organised by Will Goldston on 19 March 1920. A later advertisement, from 1927, advertised seven boxes in this range from 5/- to 105/- post paid. 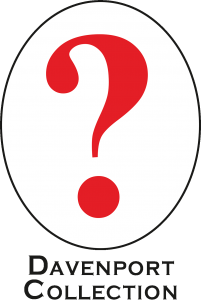